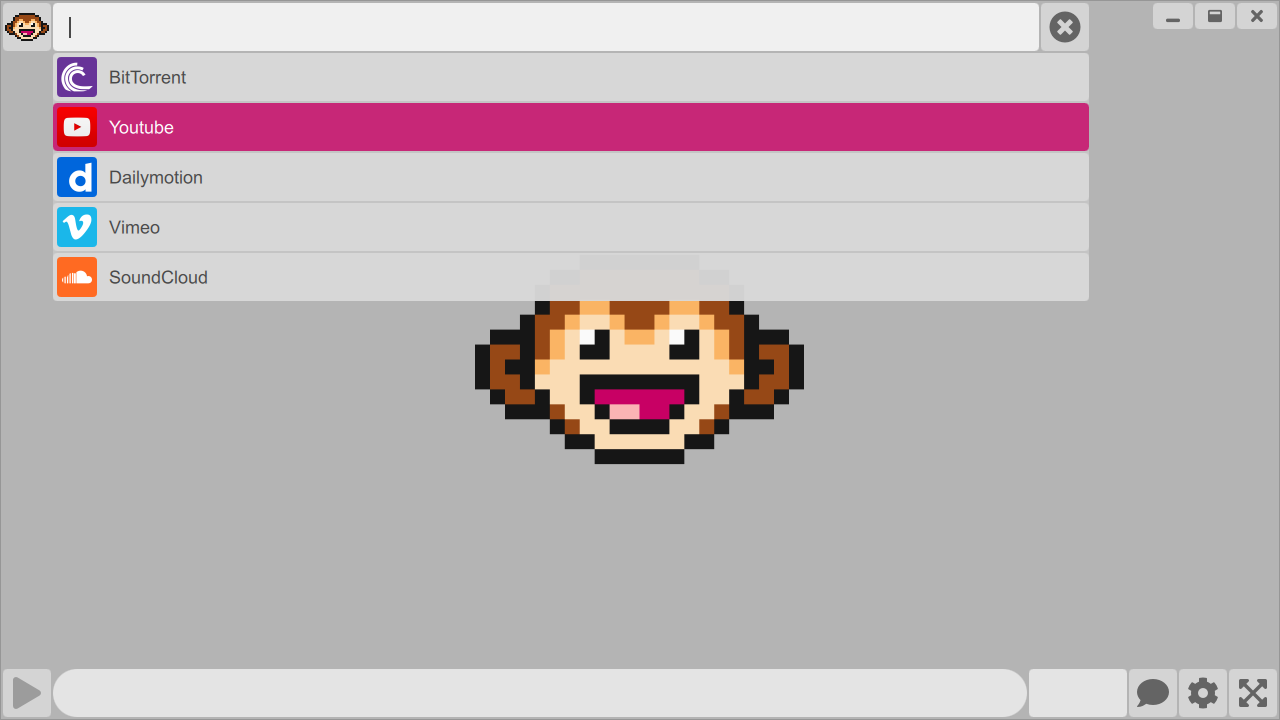 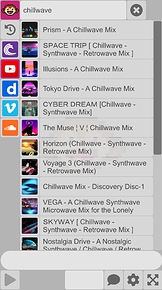 MotionMonkey 1.1.0 has been released for Android and Desktop, and it’s the first version with comprehensive settings for adjusting videos, complete subtitle support and a night theme, among other things you might want to discover by yourself:

As you might know, Monkey is an innovative player designed to stream videos from a single query. It’s more easy to use and accessible than MB. It’s both easier to describe and to try, and I think it’s a cool entry towards everything I’ve been doing surrounding video streaming in the past few years. Sometimes, less is more, and small is beautiful.

This release is an important new milestone for me. Surely, MotionBox has been supporting most of Monkey’s feature for the past few months, but that’s the first time I’m actually pushing such a complete player on the Android platform. By supporting the mobile platform I’m also improving the shared codebase, namely the Sky application kit (https://omega.gg/Sky).

When it comes to features, having direct access to video resources through DuckDuckGo for Youtube, Dailymotion, Vimeo and SoundCloud without ever seeing any sort of advertisement is quite a joy already. It’s also liberating having a software that serves your best interest at all time, and certainly a breakout from what we are more and more used to on the web.

But when it comes to BitTorrent streaming, having the possibility of discovering, extracting and streaming a torrent directly is simply a unique feature. And it’s something you will not find anywhere else, especially with such a degree of simplicity.

Couple this with direct subtitle retrieval and we’ve never been closer to the universal player we had in mind when we first discovered the Internet (and were not poluted by private silos and SaSS considerations).

All of this thanks to the fantastic technology I’m integrating:

Unlike MotionBox, the MotionMonkey client is not OpenSource, even though it’s entirely based on Free Software namely the Sky application kit that’s shared between everything I’m doing surrounding multimedia. I’m mostly closing what’s related to QML and GUI specific components for Monkey (a very small chunk of the codebase).

What’s too good to be closed is openly accessible (and open to contributions), namely the entire streaming engine, whether it’s retrieving, parsing data, or playing them through a high performance (BitTorrent ready) player. And it’s my gift to the Internet community that brought me wonderful tools to build upon. I’m proud of hackers for reminding us that sharing matters, even in a scarcity based society.

I’m closing Monkey for now because I want to give a shot at selling a proprietary client fully based on Free Software technologies. I’m fed up of the support and service models that always come attached to OpenSource (and tends to corrupt it). I want to go back to something more simple, that merges the ethics of Free Software, together with the reality we’re living in 2021.

So, I’ll give a shot at selling a beautiful and fine tuned interface based on what I’ve been developing for almost a decade. Hopefully you’ll give value having a beautiful player like this on your phone that serves its user at all time. If not, feel absolutely free to use MotionBox as it will get better and better along the way. Most of my codebase stays open no matter what.

But for now MotionMonkey is entirely free (as in free beer), even on Android.

Please give it a try, and don’t hesitate to give me feedback.

Have a beautiful day, and happy hacking !

Hi!
I always wondered if there are any chance to bring the MotionBox experience somehow to mobile platforms and I think this is the the app to do it.

Unfortunately I can’t test it natively on my phone, but I will give it a try with Anbox (Android emulator for Linux), because I use a PinePhone (open-source mobile phone initiative to run system of choise on it) currently with Arch Linux ARM (and Phosh GUI) and I don’t think you plan to port the app to the ARM platform.

Greetings @GPL and thanks for your comment, I appreciate it. I wanted to port MotionBox to mobile for quite some time, but it felt like such a daunting tak for a potential furstrating result at the end, because the code was mostly written with desktop in mind.

Writing Monkey felt liberating because I have the occasion of focussing on the essence of accessing and playing tracks while retaining a bit of browsing capabilities and hopefully sharing (through URL(s) and peer to peer videos).

The current build actually supports ARM 32 and 64 bit because it was required for the aab package that I publish on the play store. So an ARM version for Arch should be feasible, even though iOS would be more of a priority currently